The South Caucasus – A Traveller’s Tale

Lola Davidson and Damien Prentice from Sydney recently joined Byroads on the company’s first tour of the beautiful South Caucasus region. Travelling on the 16 day tour in May 2019 they write of their many memorable experiences through the tiny countries of Azerbaijan, Georgia and Armenia. Read on below …

May was the perfect time to visit the South Caucasus. The mountains were still capped with snow, the rivers were full, and the trees were freshly green. The roses were so large and abundant they smothered the bushes, and the fields were covered with poppies. 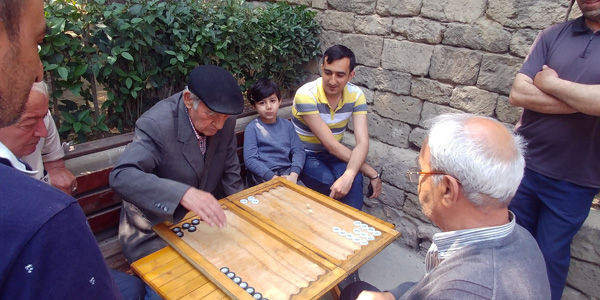 We started off in Baku, an oasis of parks and fountains on the shores of the Caspian Sea, with stunning modern architecture and a delightful walled old town. Our hotel evoked images of a Persian palace with its three balconied stories around a spacious covered marble courtyard. Leaving the desert promontory, with its Zoroastrian fire temples, mud volcanoes and ancient petroglyphs, we ascended to the remote villages of the high mountain pastures. Our last night in Azerbaijan was spent in a renovated caravanserai, a remnant of the old Silk Road. 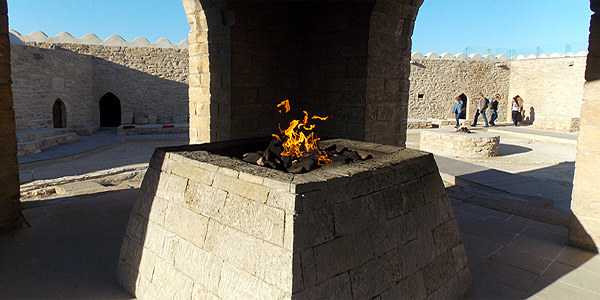 On to Georgia, the home of wine and the second Christian kingdom, following Armenia. Islamic mosques and palaces gave way to remote mountain monasteries overlooking lakes. Safety has always been a priority in this fiercely contested region. Villages were carved into the stone of windy cliffs. Old houses in the open-air ethnographical museum outside Tblisi had originally been concealed underground, with escape tunnels and elaborate roofs to maximise light.

This was our first trip with Steve and his travel company Byroads and it was an absolute delight. There were only ten of us in the group and everyone got on well. Friendly local guides accompanied us for the entire time in each country, telling us about its history and the current situation as well as providing details about the various sights. The South Caucasus is a fascinating region which has since time immemorial been a frontier area between competing civilisations. 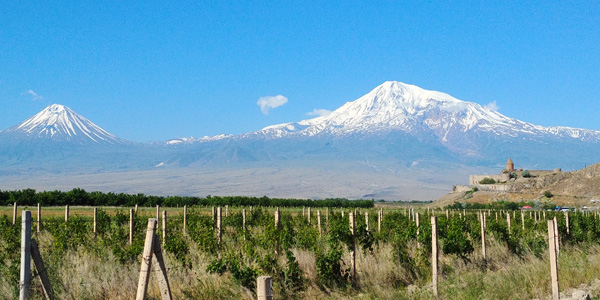 We stayed several nights in each of its beautiful capital cities, giving us time to relax and explore in our own way. Yerevan’s musical fountains were marvellous. The tour was not all ancient monuments and stunning scenery. There were wine tastings, dinners with local families, cooking classes, visits to artists’ workshops, and theatrical performances. Steve was always on hand to amuse and help us. Not only did we all enjoy ourselves, we now all know a great deal more about this important region of the world. 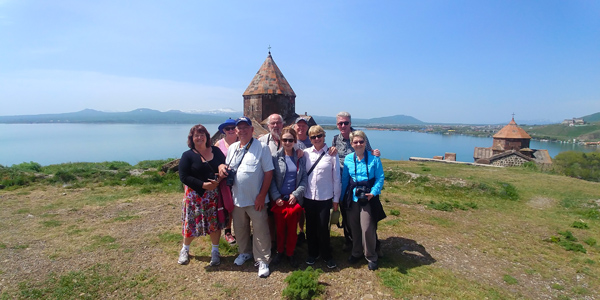 The next Byroads ‘South Caucasus’ 16 Days tour starts in Baku on the 15th of May 2020. To secure your place on the tour Book Now and see for yourself this amazing, up and coming travel destination.  For further tour details Click Here.